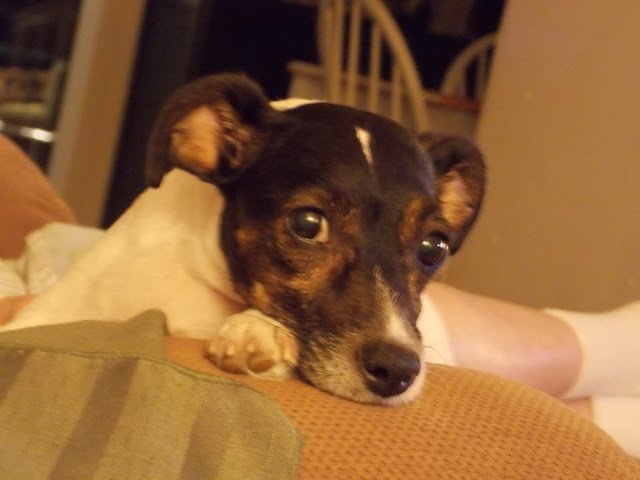 Our hearts are broken.  We have lost our second dog in six months.  Our sweet girl passed away on Wed.  We have the kitties, but it's not the same without her here. 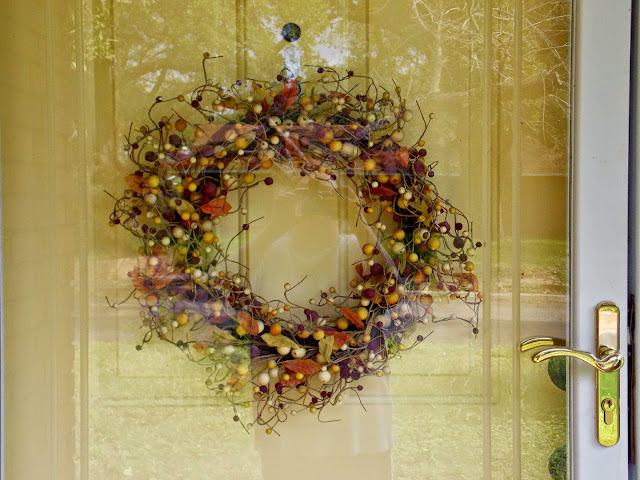 I've had a lot of home projects going lately and painting my front door was one project.  I've thought for several years I would like a yellow front door and finally decided to get it done. 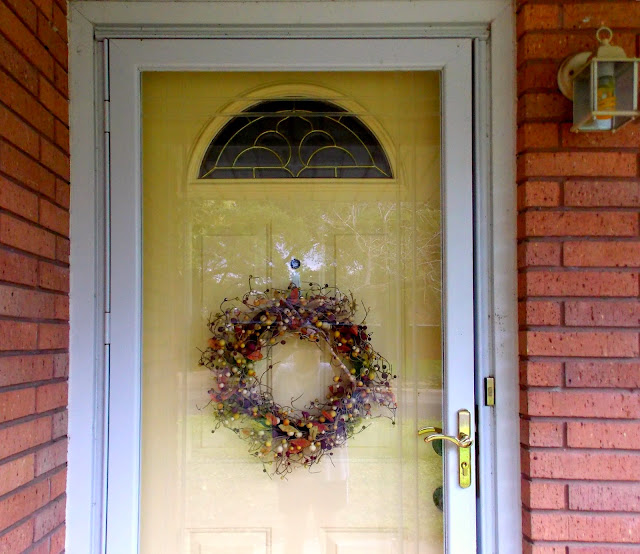 The brick on our house is a terra cotta color.  I haven't always loved this color brick, but I have to say that it has held up well.  Many of the homes in our neighborhood look rather faded or the cream color brick on some looks rather gray.  Ours looks like it did when the house was new.  I've had this wreath for years and it's held up well also.  I took one of the little beads from the door to Home Depot when I chose my paint color and I think it turned out very well.  A sunny new look for our house and for spring and summer.

I hope you are enjoying your spring so far. 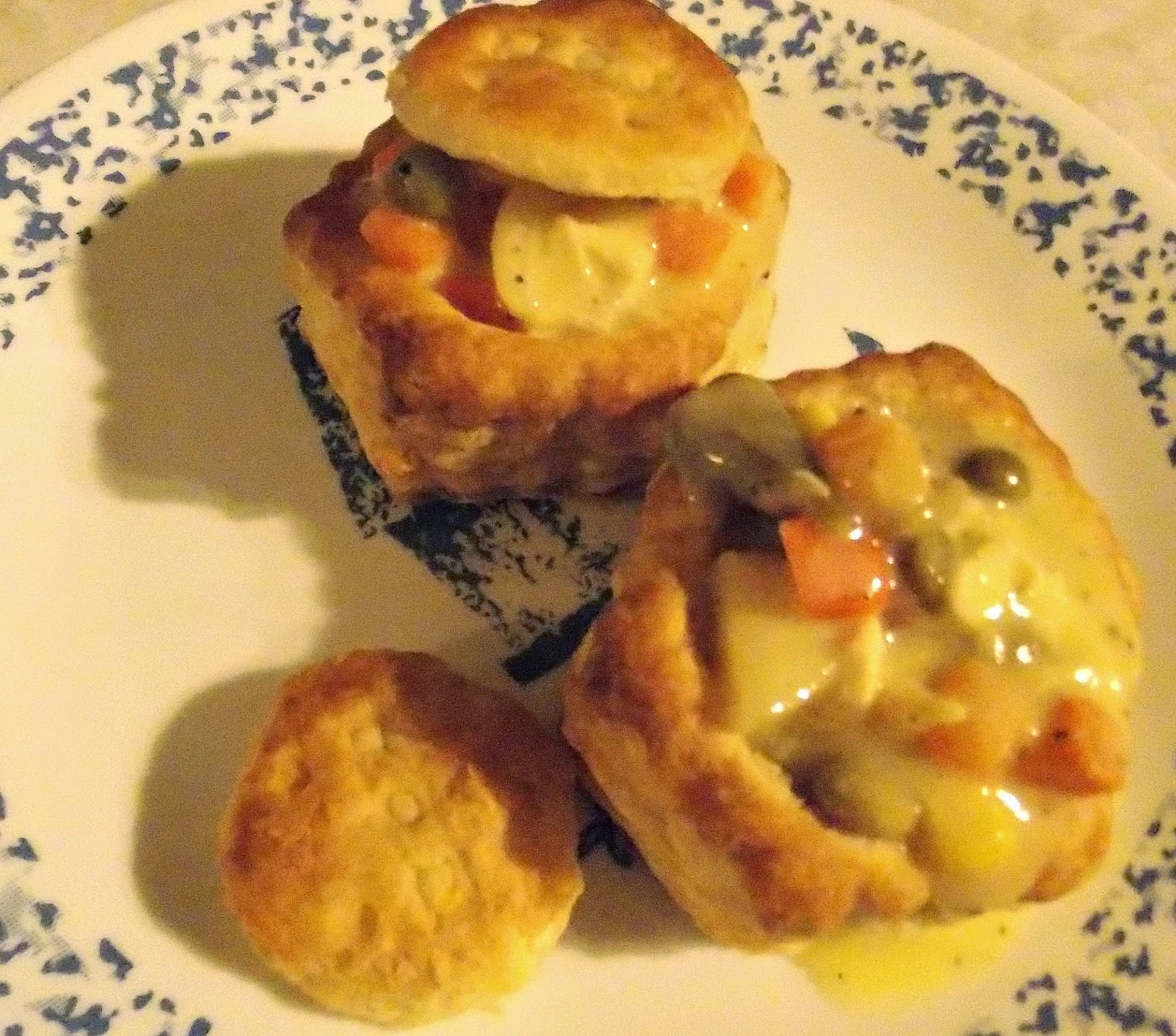 I've been making pretty simple meals since Christmas.  We lost our sweet boy Rocky two days after Christmas and we miss him dearly.  I want to still have warm meals for my elderly mom, but with am not feeling the usual motivation to cook things that take more time.  Roast chicken is always an easy meal, and we get three meals from one chicken.  I had enough left in the fridge with some left over veggies, so I made some pot pie cups.

I always have the Pepperidge Farms frozen puff pastry cups in the freezer.  These are so handy for many things.  Great for desserts of fresh fruit, some lemon curd with whipped cream or even ice cream with a drizzle of chocolate.  They are also great for brunch with scrambled eggs inside.  Add a little cheese to the eggs and sprinkle some crumbled bacon bits on top and you have a nice Sunday breakfast, or even a light dinner or lunch.  I've used them with chicken salad, Mexican version with taco meat or chicken, veggies and cheese, and these pot pies.

I used a can of cream of chicken soup with herbs, 1/2 cup of milk, some left over veggies and diced chicken.  Just stir together and heat through. 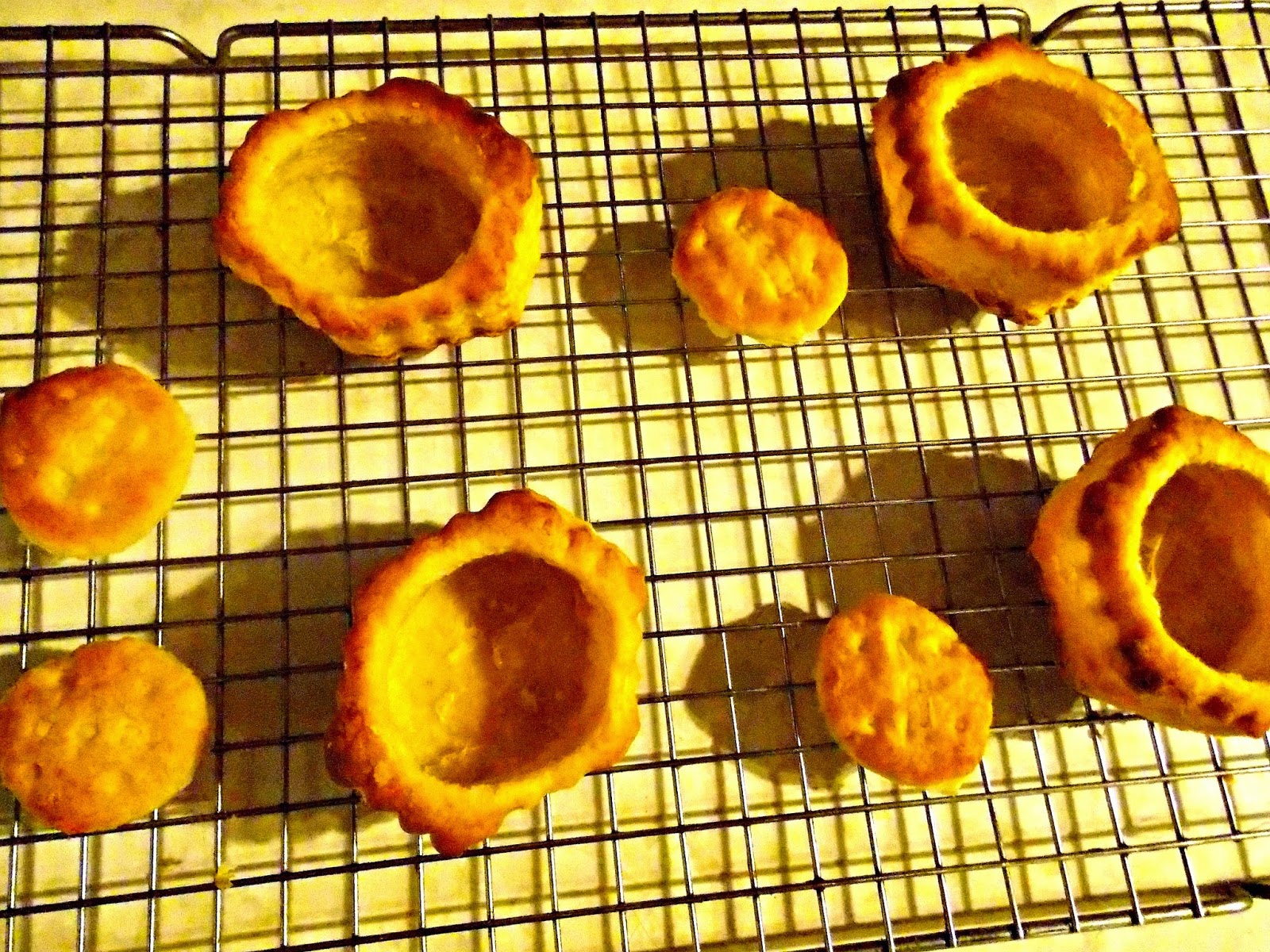 Bake your frozen pastry cups according to directions.  Let cool for about 5 minutes and them fill with the pot pie mixture.  Couldn't be easier!  I have made my mixture using this recipe for a couple of years.  This time when I took my package of frozen pastry out, I saw the very same recipe on the box.

Have a nice Sunday afternoon.

Christmas At Our House 2014 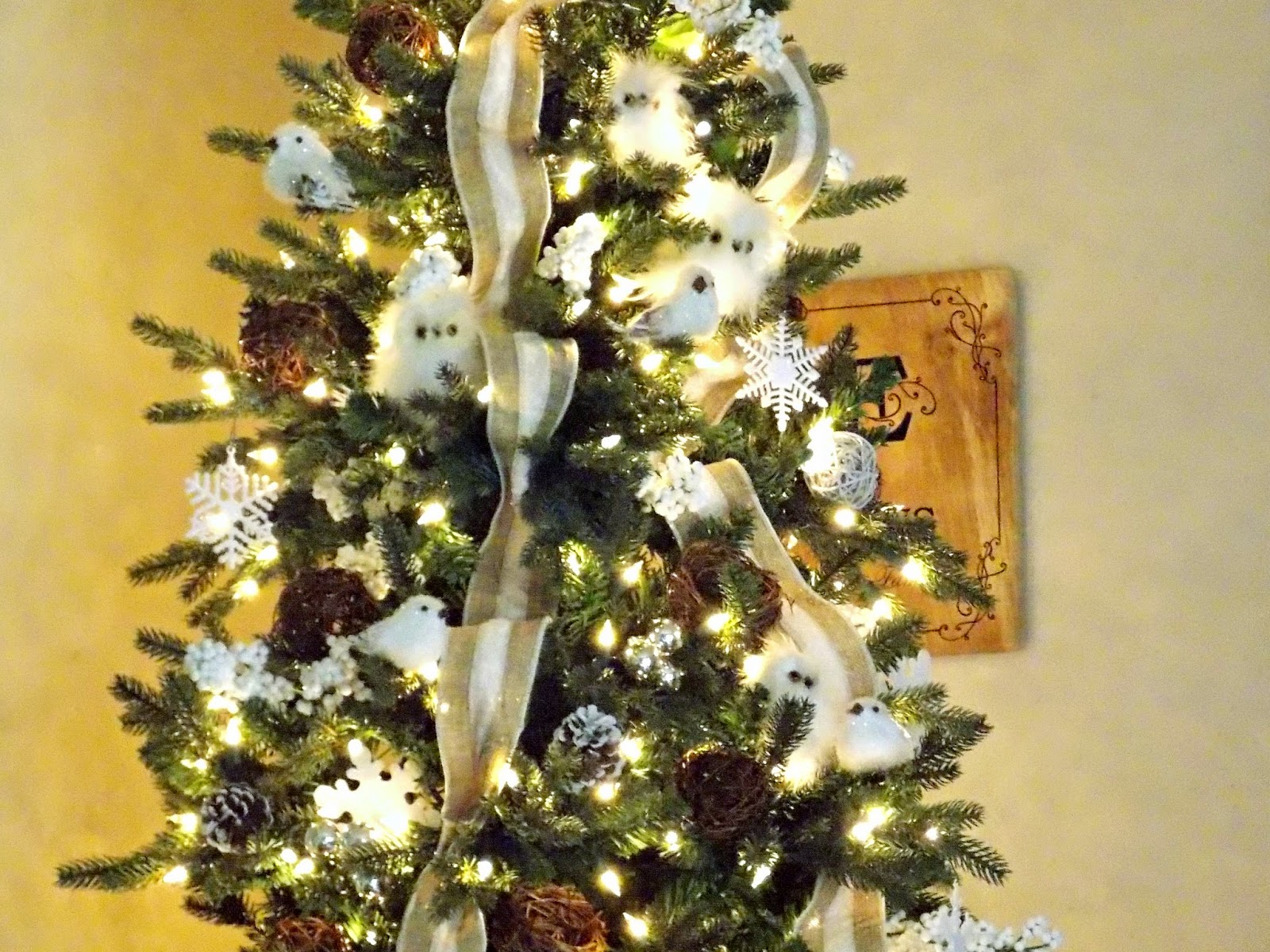 We have had our tree and decorations up for a few weeks, but have been busy with some medical appointments, so I'm just now showing my photos. 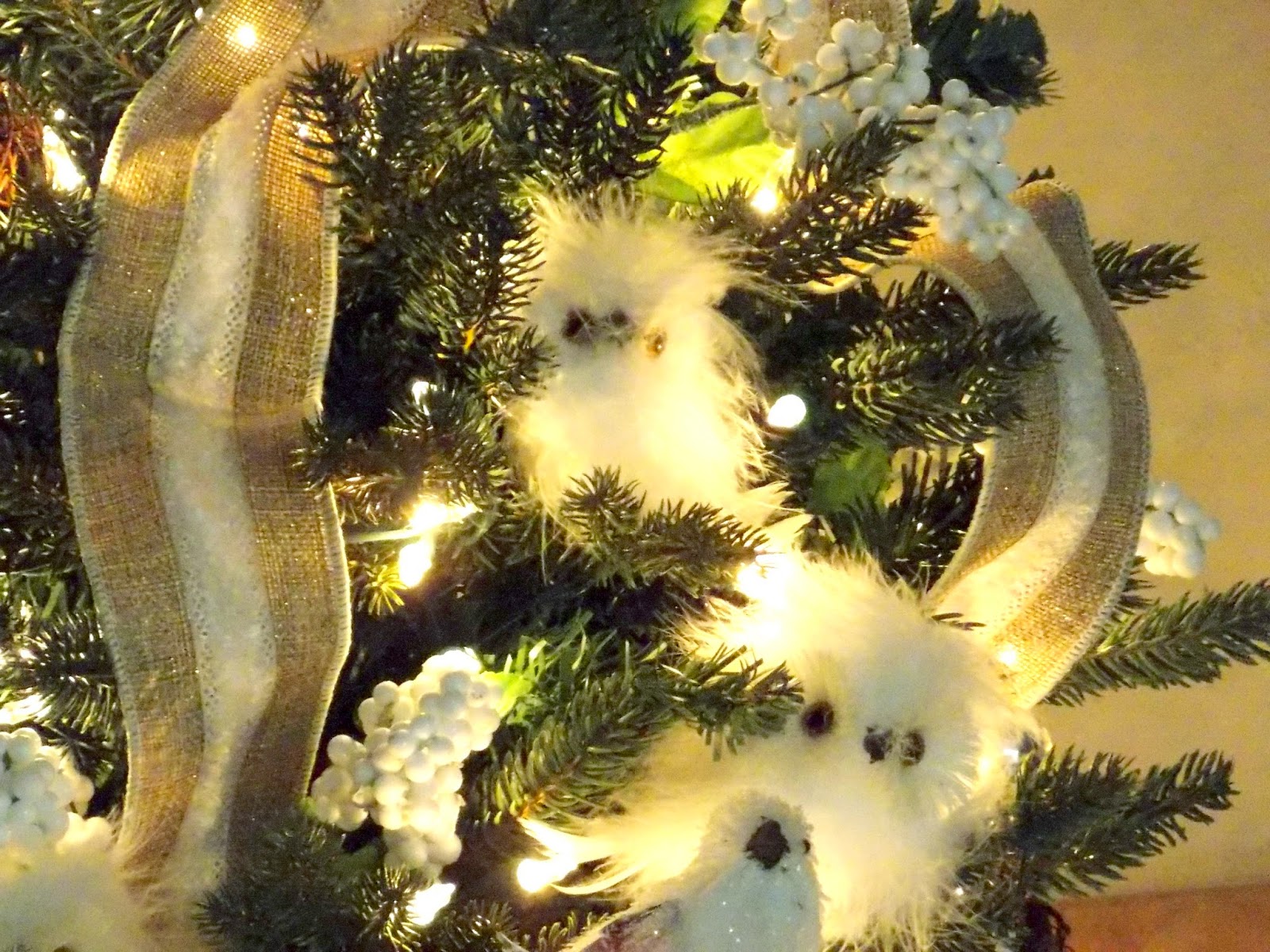 I didn't purchase anything new this year, except ribbon.  I wasn't sure if I would do something similar to last year or switch it up, but my mom asked if I would keep the look we had last year, so I did. 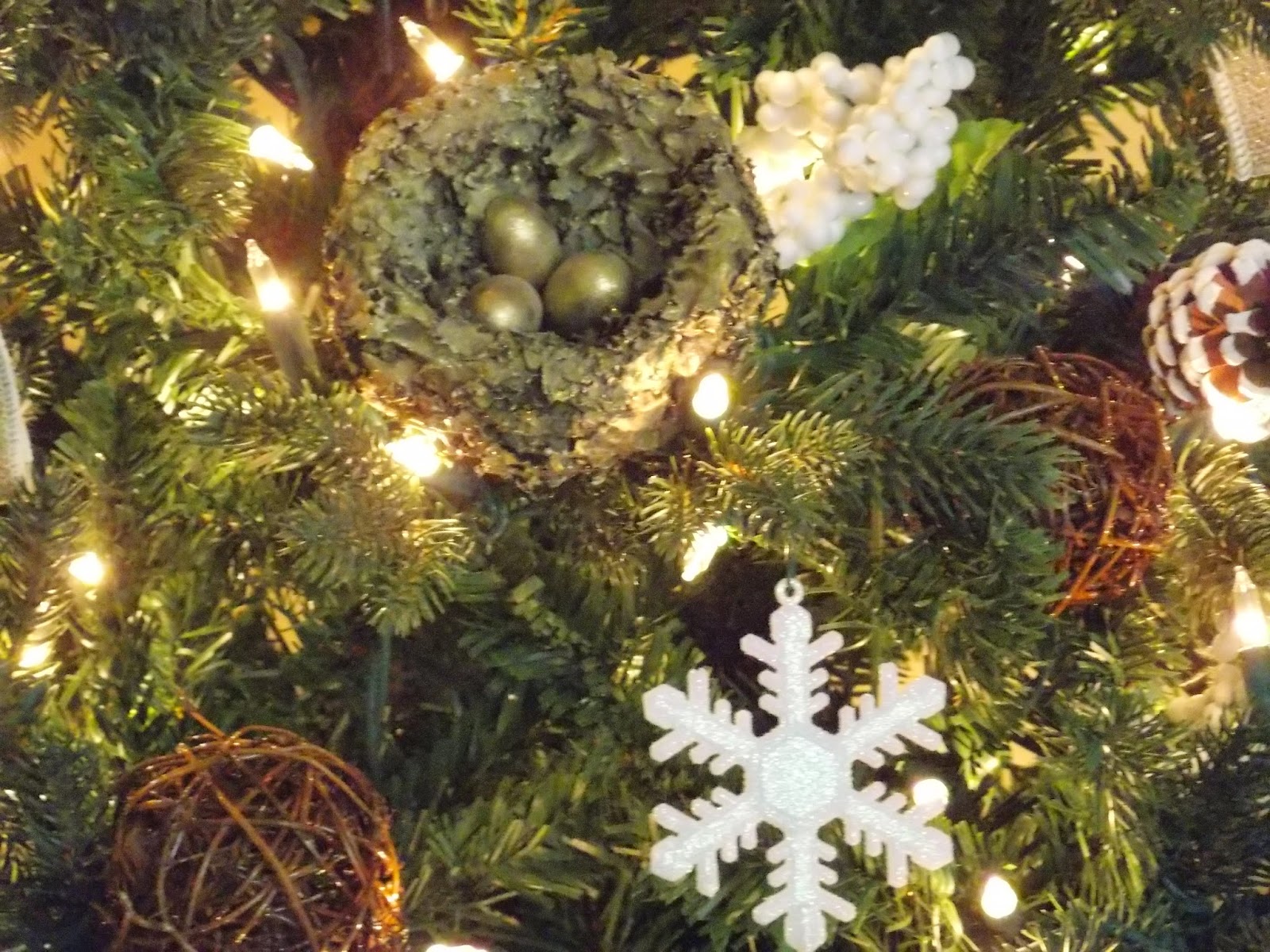 Birds, nests, snowflakes and natural items were what I used.  This year I didn't use anything breakable.  That meant leaving off my favorite glass pine cone collection that I always use.  I have two six month old kittens that hadn't seen a Christmas tree before, so that is always an unknown as to what they will bother on the tree.  I had to get a new tree this year, so I actually did buy something new, just not ornaments.  The tree we had was one of the first pre-lit trees, so it was pretty old.  I had trouble getting the mid-section to light the last two years, so when I came across a slimmer tree at Lowe's I got it.  It fits our tree space better and even though it's a slim tree it's more A lined than slim trees have been in the past.  When I brought it home, I set it up without decorations for about three weeks to get the kitten used to it being in the living room.  They have actually been very good about leaving it alone so far. 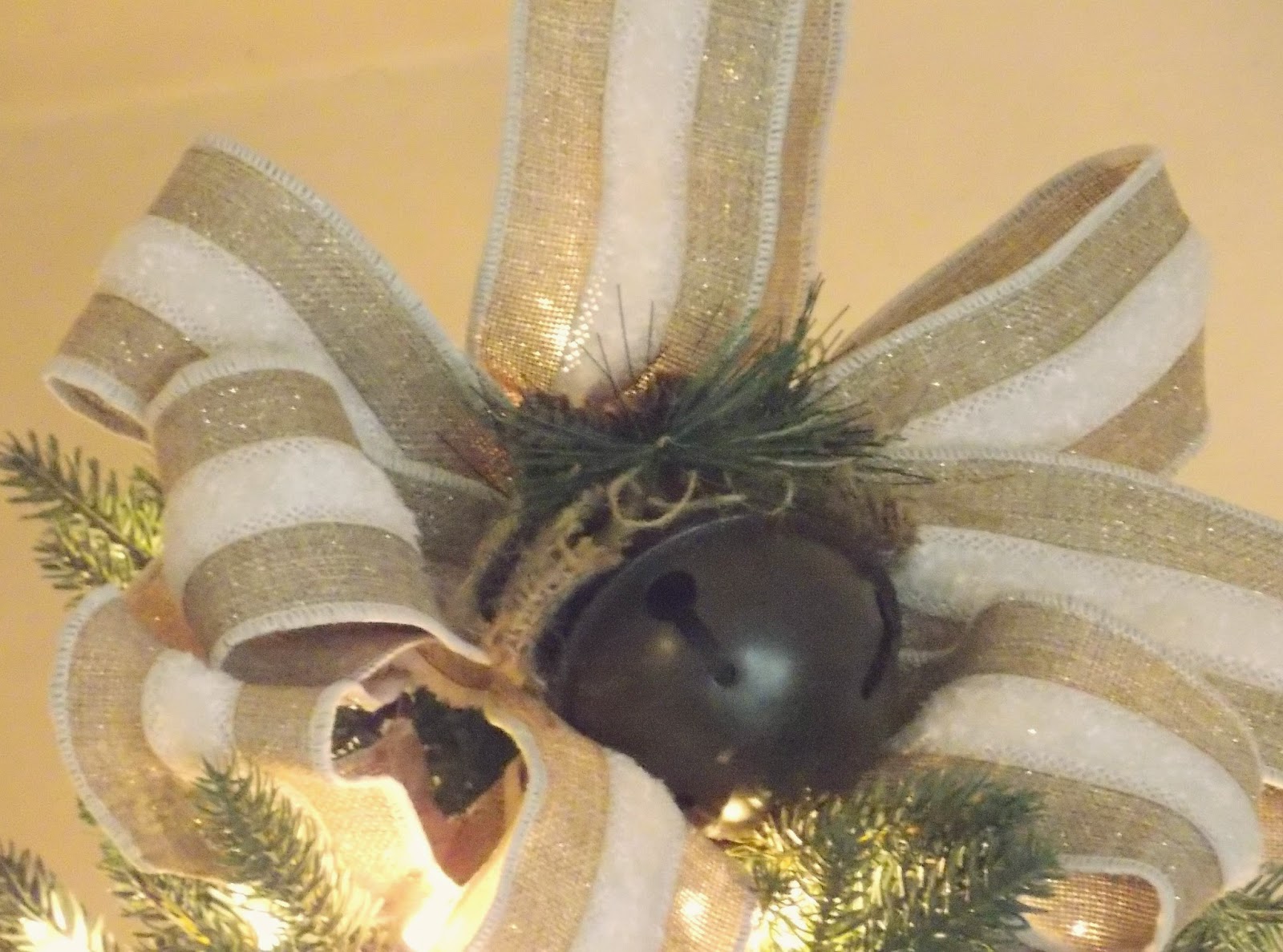 For the topper this year, I secured a large jingle bell in the bow, so I could hear if "anyone" started messing with the tree.  Again, so far, so good. 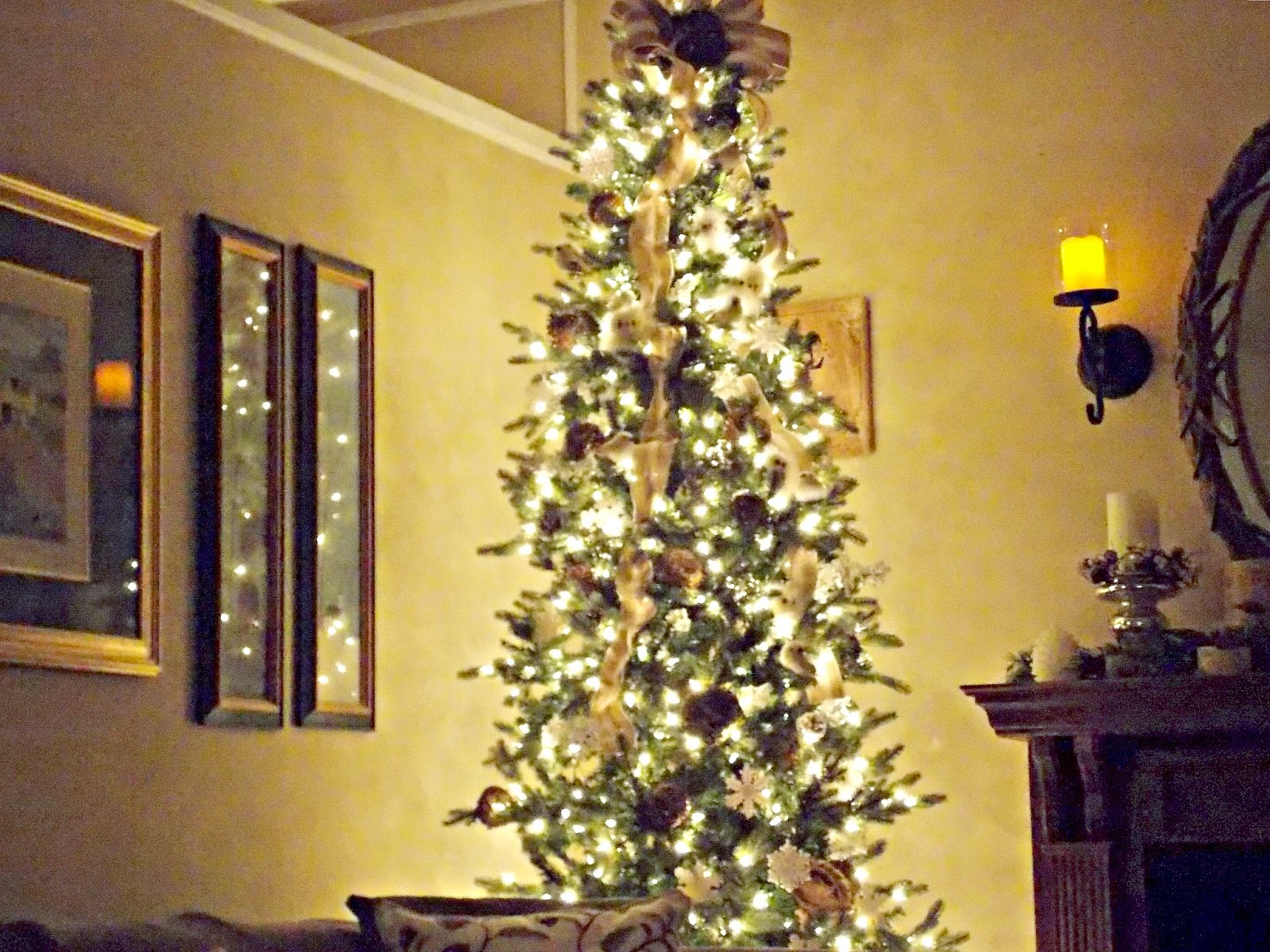 The last few years I haven't needed holiday decor in all corners of my house.  This year and last, just the tree, mantel and a few places with some favorite things. 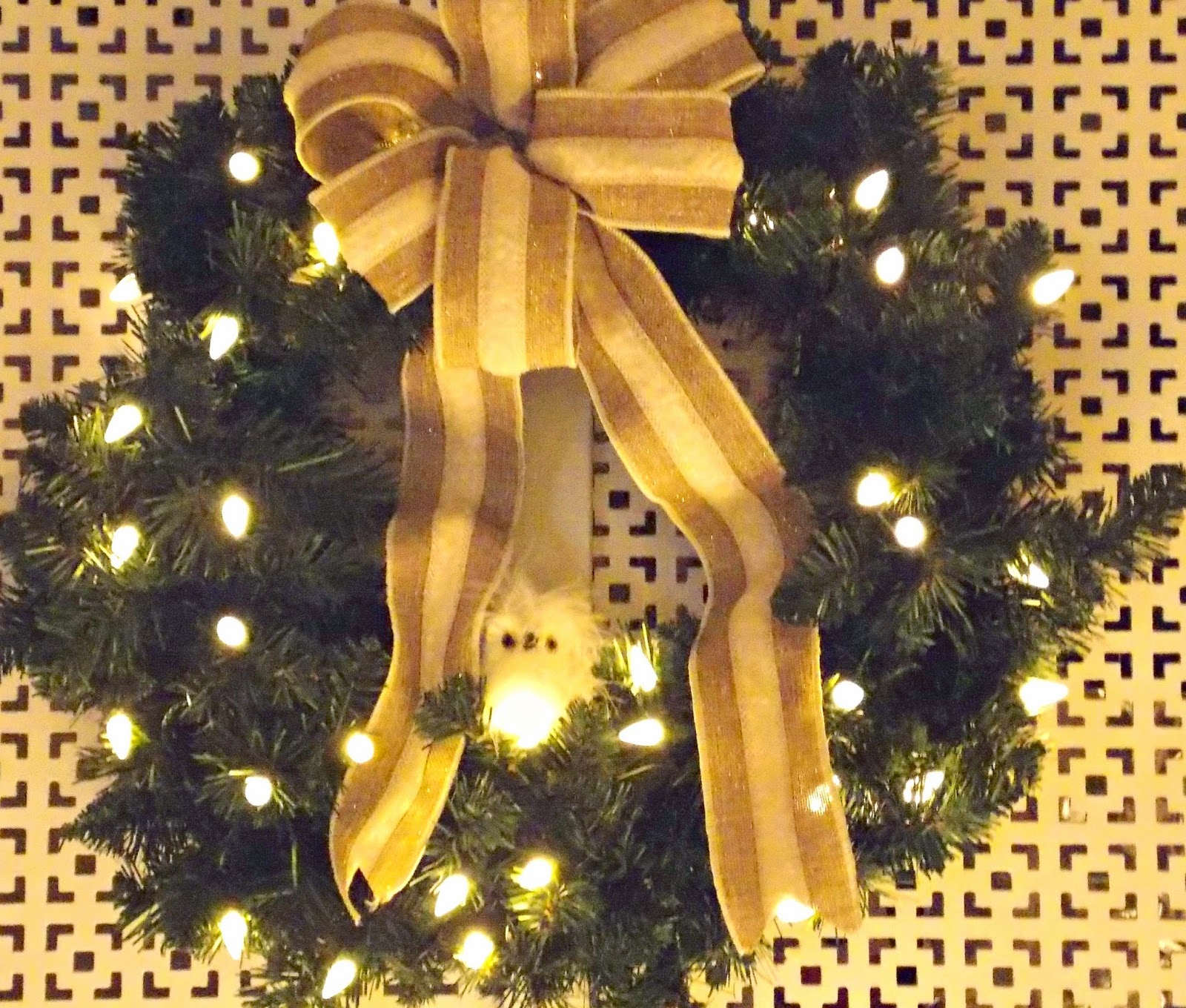 A wreath with just lights and pine cones, adding in the same ribbon as on the tree. A little owl decided to take up residence there too. 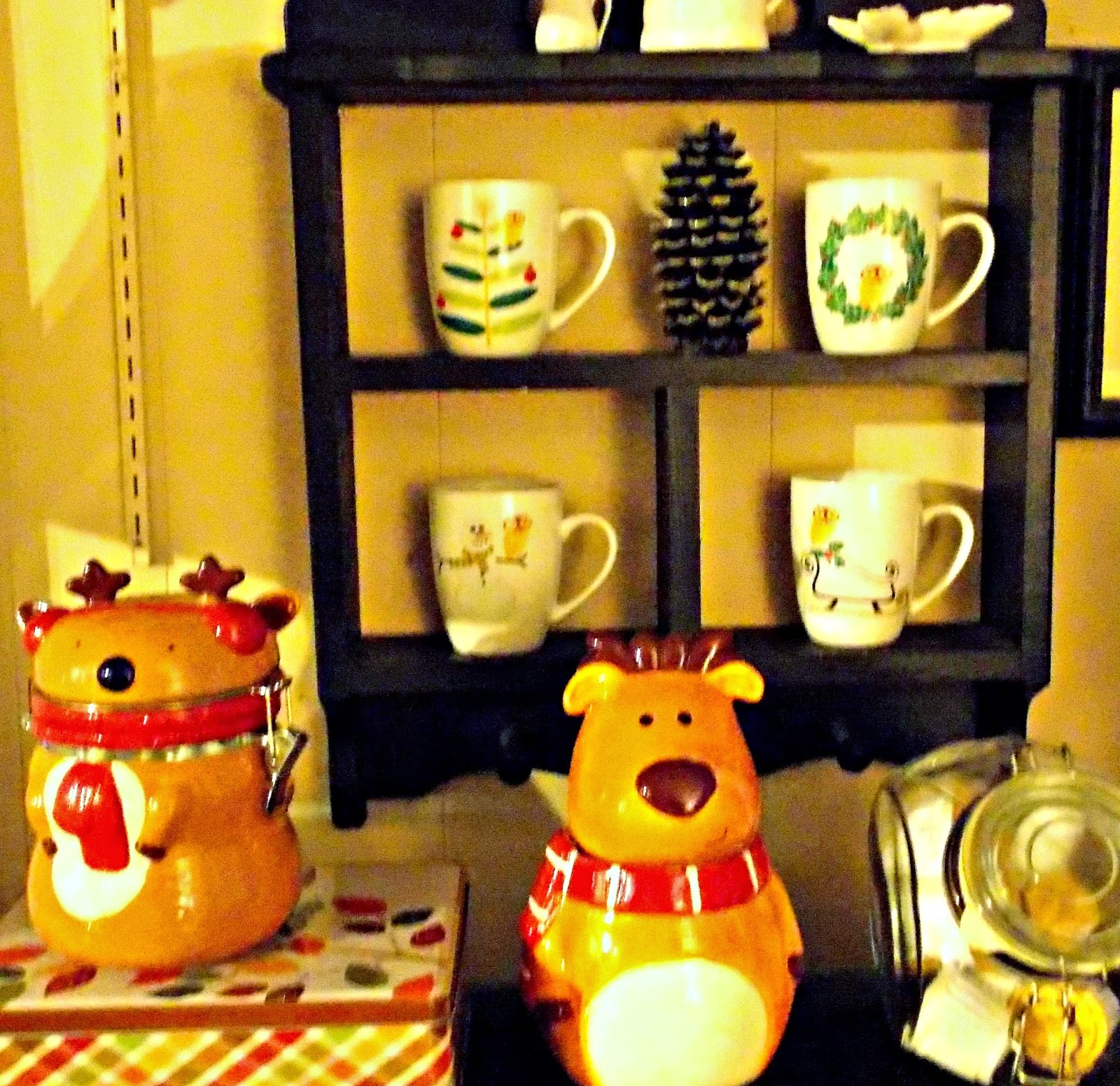 A couple of favorite reindeer cookie jars on our coffee bar hold sugar free brownies and cocoa mix, along with our favorite Christmas coffee mugs.  We have our keurig set up on the buffet in our kitchen all the time. 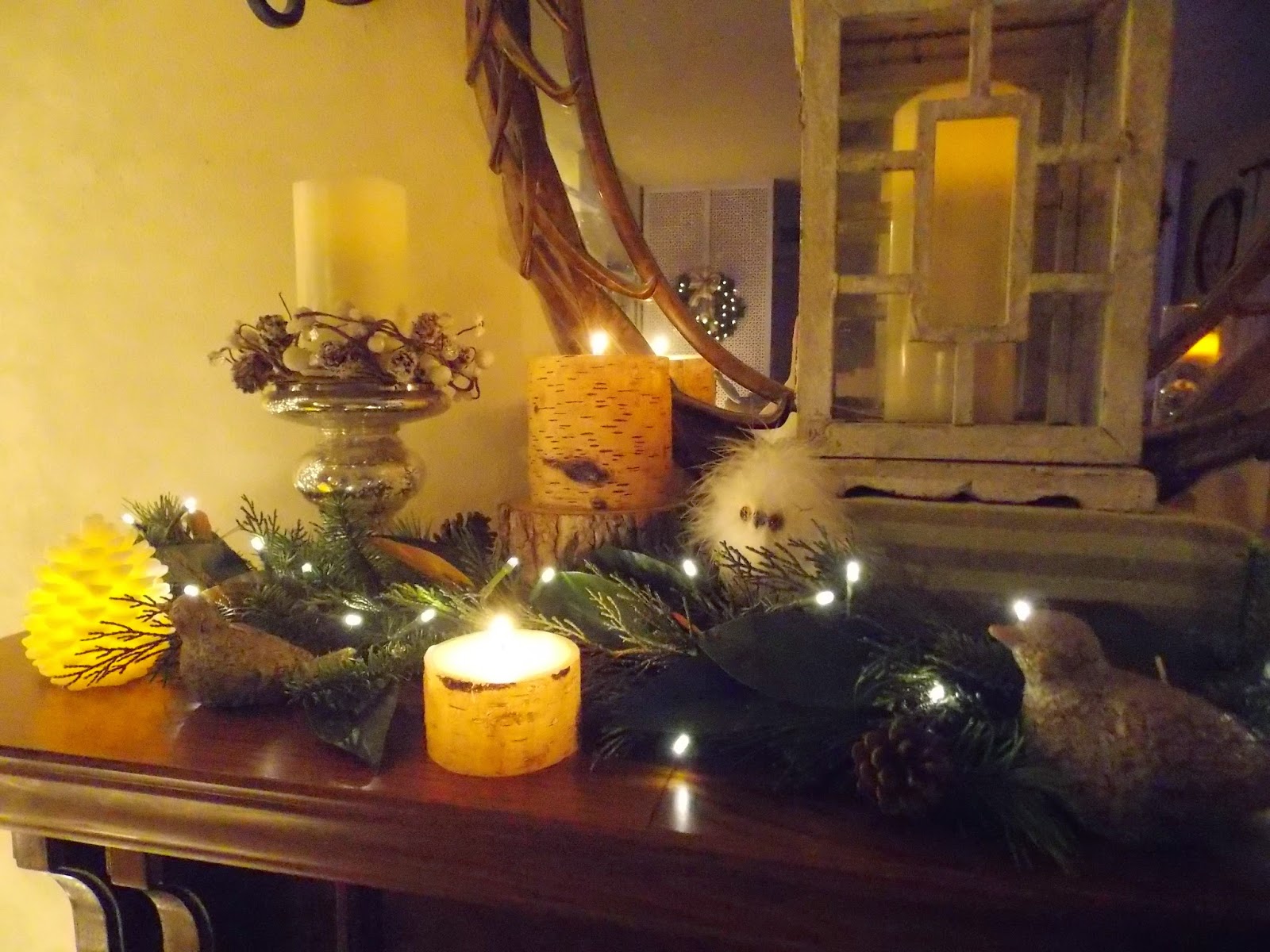 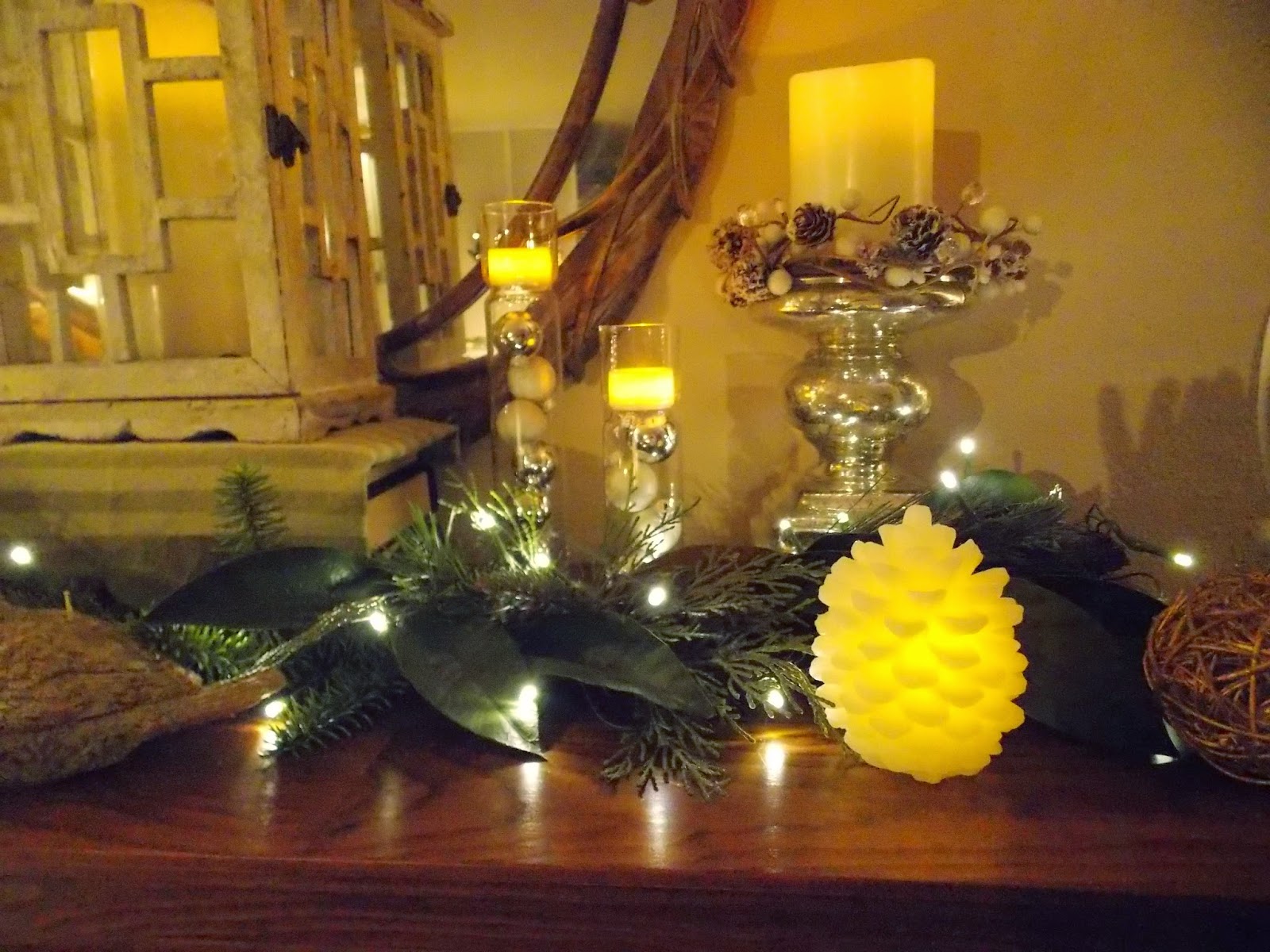 Thanks for stopping by for a holiday visit!


Linking up to Cozy Little House, Joyful Homemaking and Saving 4 Six, Thrifty Decor Chick,
The Scoop
Posted by GinaE at 10:05 AM 3 comments: 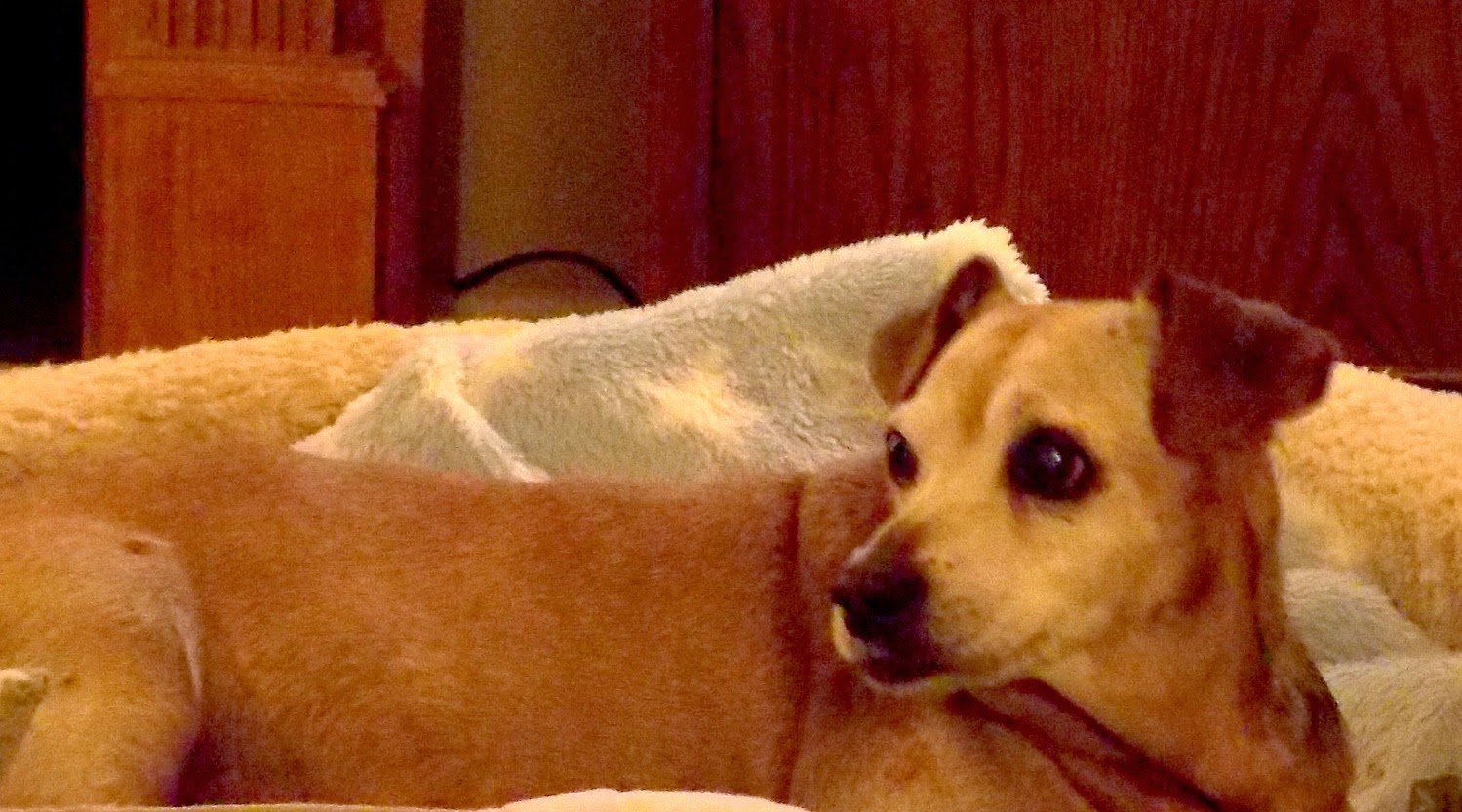 At the end of this week, we have a very important birthday in our house.
Rocky will be 17 years old (in people years) on Halloween.  That's a really
old guy in dogs years, but with the good thoughts I asked for in a previous post
he has made it to his birthday this year.

We had a little crisis in the summer and ended up at the vet's office.  I thought I
probably wouldn't be bringing him home.  The vet said she could take care of the problem, but it meant a surgery.  I asked if she would do this for her own dog considering his age and she said she would.  She told me she would be honest about when it would be time to not prolong a life with no quality.  I had never been to this vet before, but her office was very close and it was some what of an emergency.  I ended up liking her very much and felt she was one of the most caring I had come across in many years. 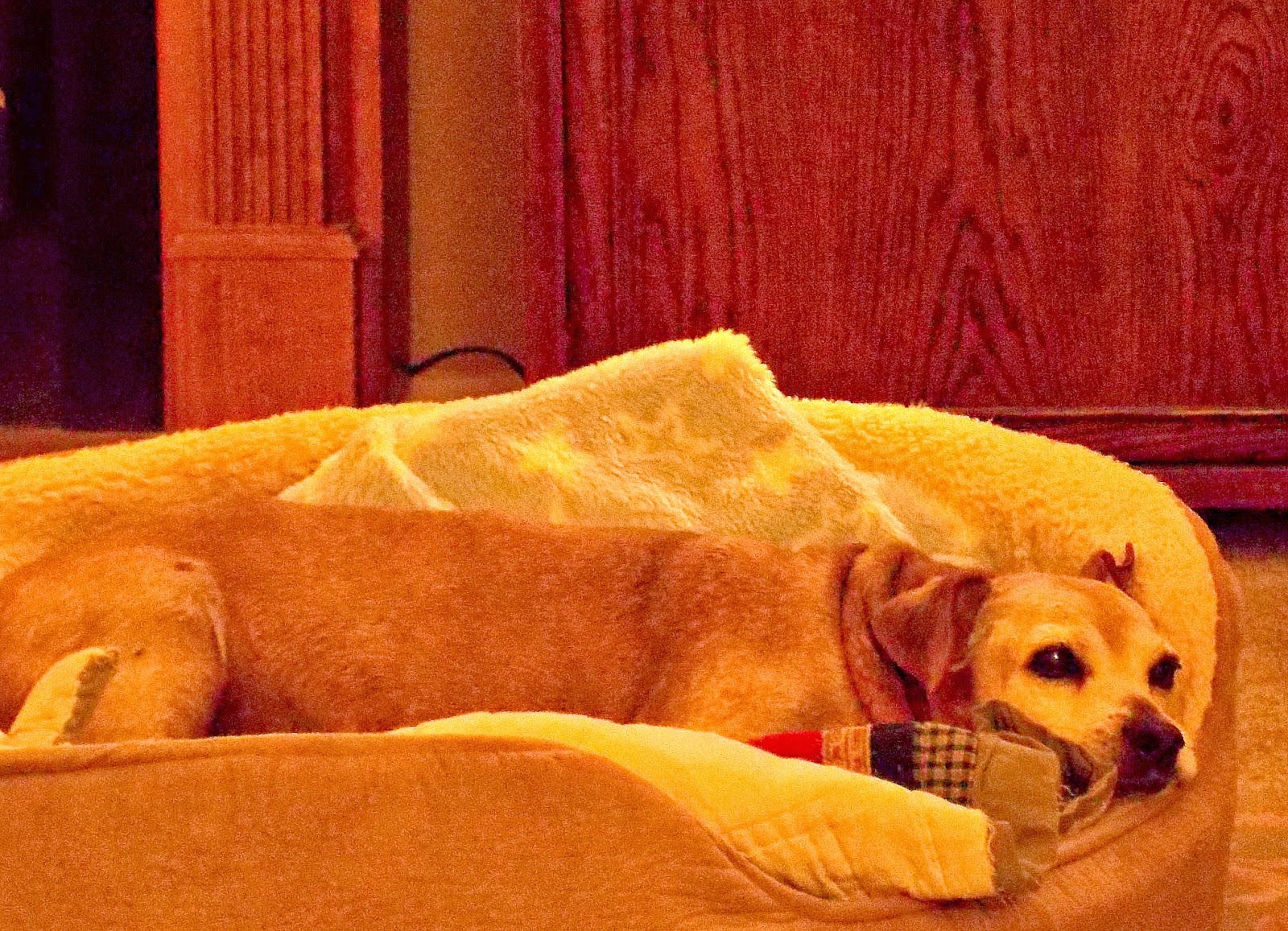 The procedure went very well and he healed with great results.  He was much better in general than he had been in a couple of years.  The pain medication the vet put him on ended up being great for the arthritis in his front legs.  When he went back for his four week check up, the vet said we could just keep him on the pain medication at a lower dose and that she had done that for another elderly dog recently.

We ended up finding a wonderful vet for all our animals during this health scare for Rocky and it certainly did give him a better quality of life for a while longer.
He is a happy guy, and back to his strong willed self.  He enjoys his meals, walks in the backyard and barking with the other dog.  He walks well on his own power with the assistance of his medication.

We celebrate his birthday on Halloween, since we found him in the fall.   Not knowing his actual age when we took him in, we have had to guess how old he was.  Since we have had him for 15 years, and I know he was certainly two years old or older, that is how we have arrived at this age of 17.  I think he is the oldest of all the dogs we have had over so many years.  We count our blessings for every day we still have Rocky and that he is still enjoying life. 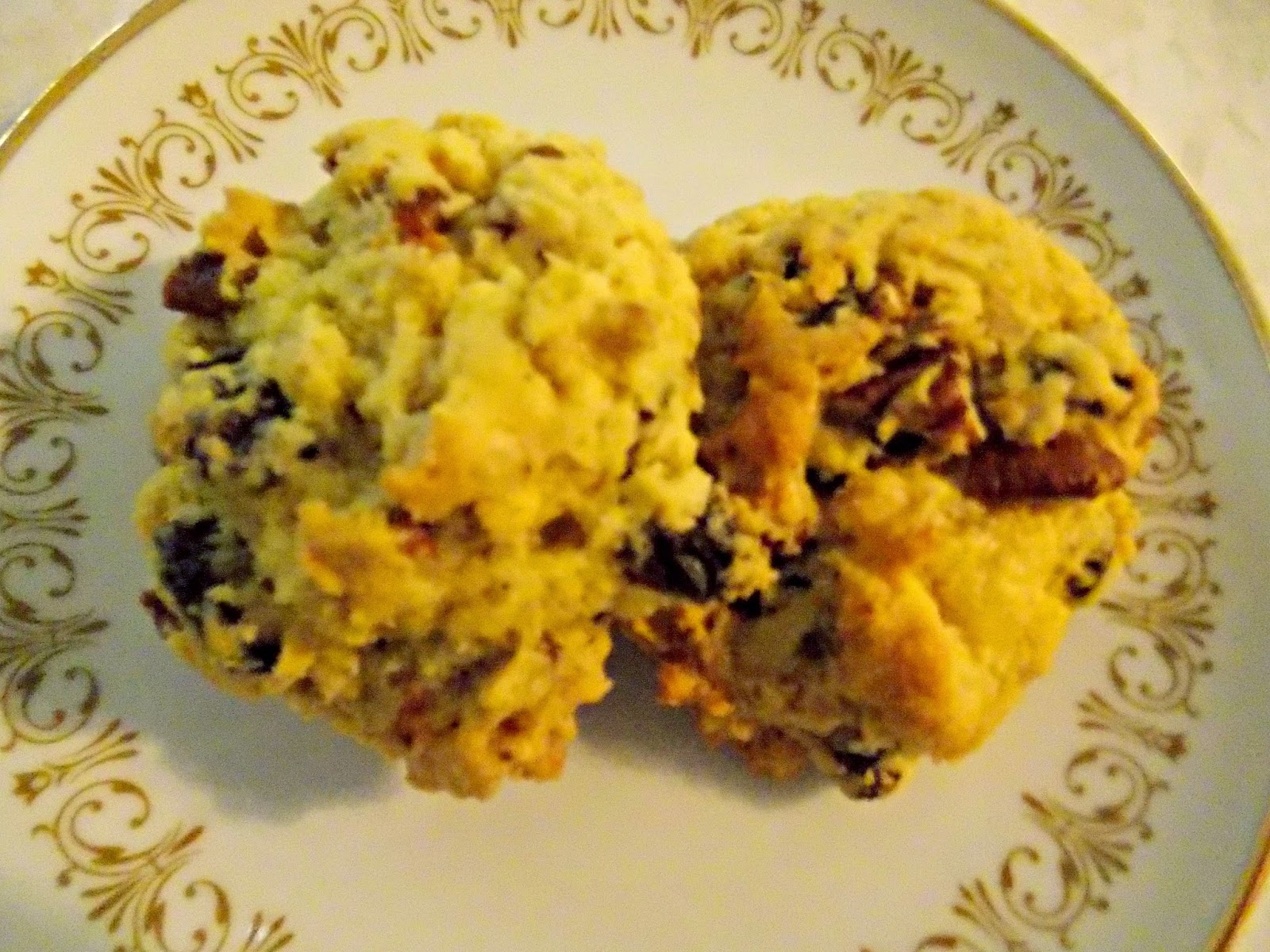 Line cookie sheet with parchment paper.
Melt butter and pour in to a mixing bowl.
Add cake mix, oatmeal, and eggs.  Mix on low just until combined.
Stir in nuts and raisins.
Using an ice cream scoop, place scoops of cookie dough on to parchment lined backing sheet.
Bake for about 15 minutes or until bottoms are lightly golden.  Don't over bake.

Enjoy with a cold glass of milk, coffee or tea.

Have a great week.

Linking to Tweak It Tues at Cozy Little House
Posted by GinaE at 4:06 PM 4 comments: 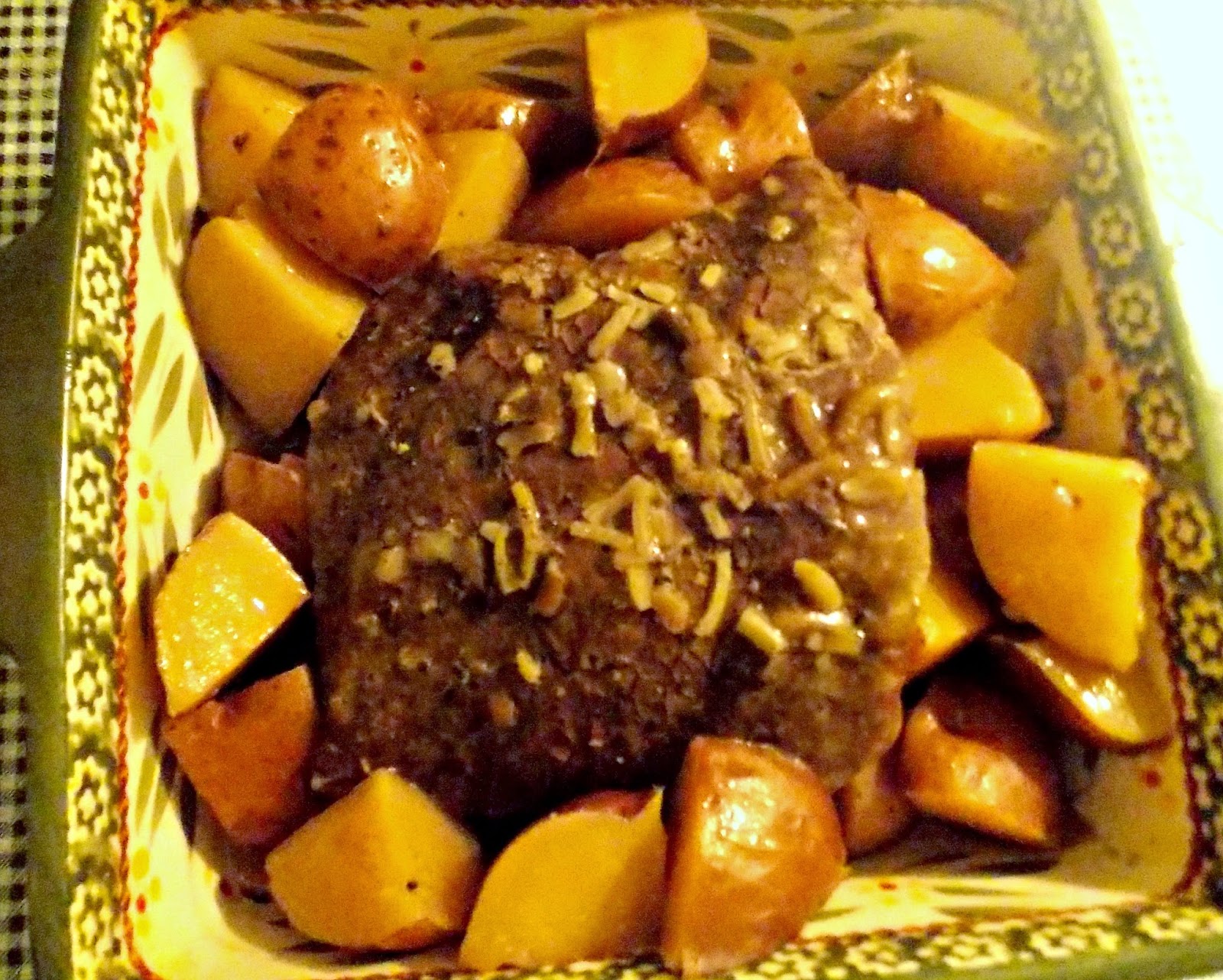 I used to always have trouble making pot roast.  I could never figure out why mine wasn't tender.
I thought I was cooking it too long and it was coming out tough.  Turns out I wasn't cooking it LONG enough.   My favorite cut is a chuck roast.  I usually use a 2 and a half pound chuck roast.  For the two of us we get three meals.  The first day the roast with potatoes and carrots.  Second day we eat beef sandwiches on onion rolls with melted Swiss cheese and tomato.  The third day we make carne guisada with guacamole in soft flour tortillas.

I also use only three ingredients making my roast.  A packet of dry onion soup, undiluted mushroom soup and cracked black pepper.  That's it, except for carrots and potatoes if you wish.  I always cook mine in the crockpot on high for six to seven hours.  It comes out fork tender with the most wonderful gravy from the two soups.  Depending on your roast and crockpot, check half way through the cooking for liquid content.  Add a little water if the gravy is cooking down too much.  If it does cook down too much, at the end just whisk in a little milk, water or beef broth to make your gravy. I also put my carrots in during the last two hours of cooking, so they are mushy.   Everyone that I've served this roast to loves it.  It is truly no fail!

You can, of course, add potatoes in with your roast and I did this time since new potatoes was what I had at home.  I put them in half way through the cooking time and they came out perfectly.  But my family usually prefers mashed potatoes.  I have a faster way of making those also.  I bake my potatoes in the microwave as you would for baked potatoes.  Once they cool, I scoop them out of the skins in to a sauce pan.  On medium to low heat add your milk, butter, salt and pepper.  I use my hand mixer right in the pan.  They come out fluffy and wonderful and I didn't have to spend time peeling potatoes.  Not a fan of peeling potatoes.

Have a good end to your week and great weekend.

Gina
Posted by GinaE at 8:16 AM No comments:

GinaE
Hi, I'm Gina. Welcome to my blog! I live in Texas with a house full of pets. I'm a good home cook, and love to decorate my home for holidays and the change of seasons. I also enjoy making my own greeting cards. I look forward to sharing easy recipes, some sugar free baking, seasonal decorating ideas and some paper crafting with you. My blog is brand new and I hope you'll join me for the journey. I'm so glad you stopped by. 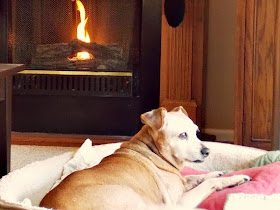 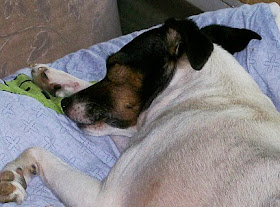 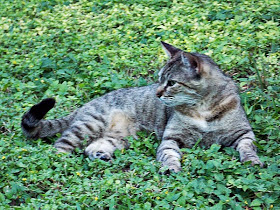 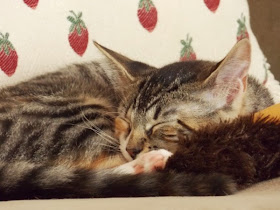 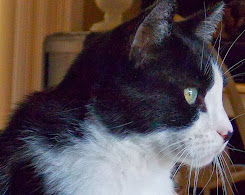 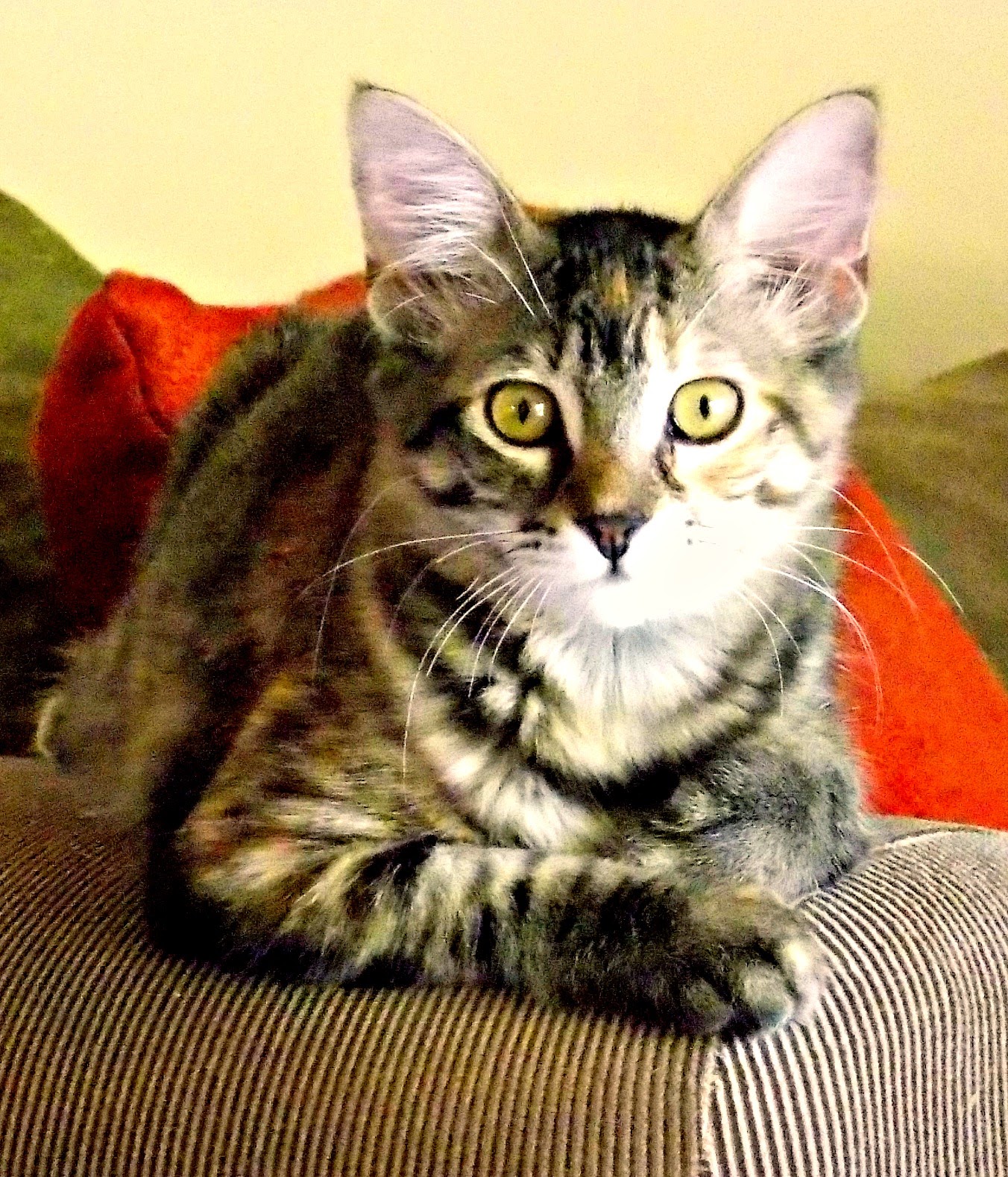 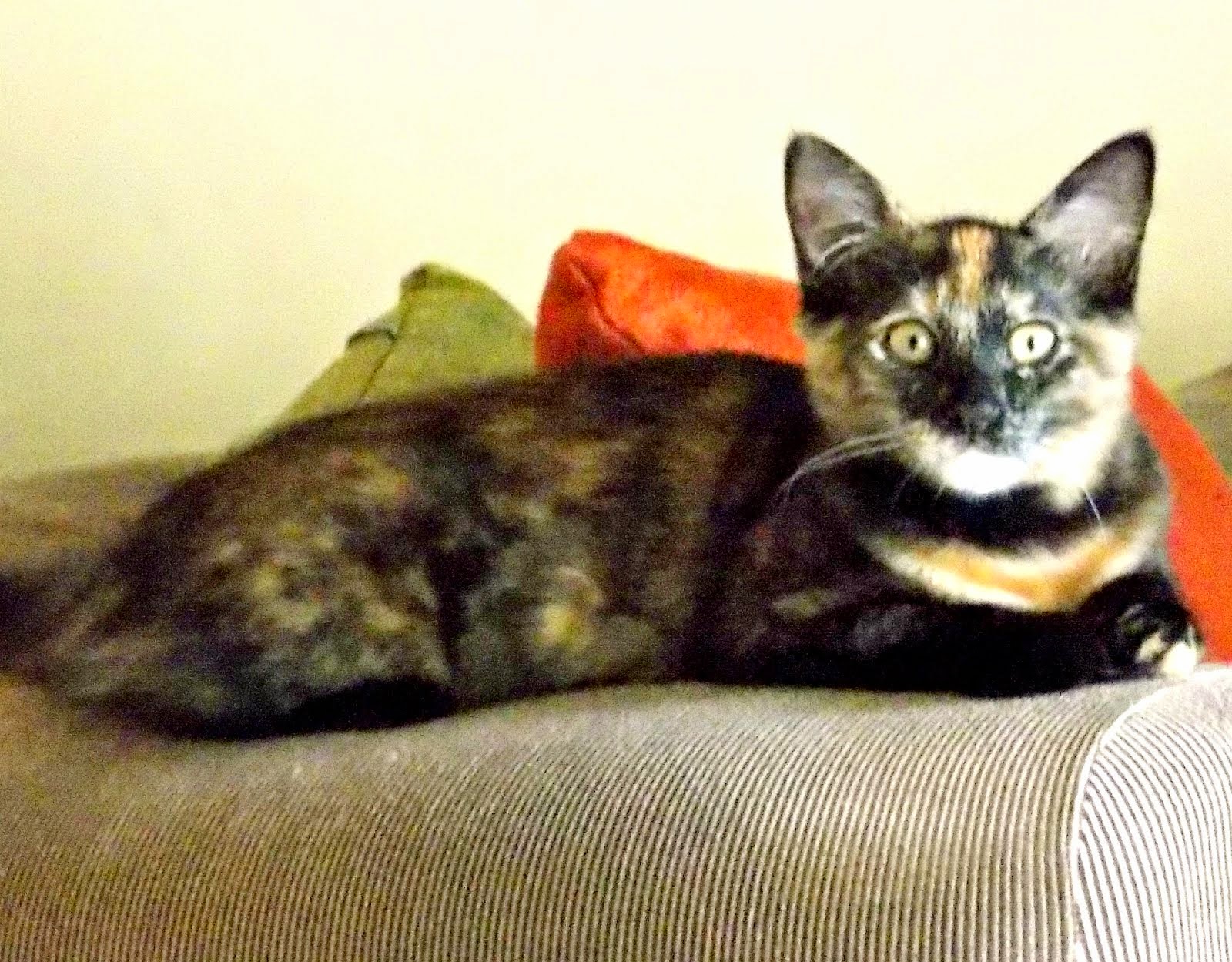